Hamilton is a city in the county seat of Butler County, Ohio not far from our headquarters in Middletown. Located 20 miles north of Cincinnati, Hamilton is located on both banks of the Great Miami River. In the early 1800’s, an army post called Fort Hamilton was established in order to honor Alexander Hamilton. The city was finally reincorporated in 1827 and became the city of Hamilton in 1857. We proudly provide and install access control and IP based security systems to the great city of Hamilton. This once industrial city is seeking to revitalize through the arts, and was officially declared the “City of Sculpture” in 2000. This initiative has since attracted a wide variety of sculptures in the downtown area. Hamilton also includes a variety of high-tech manufacturing facilities. Camera Security Now are proud members of the Hamilton Chamber of Commerce. Specializing in custom turnkey security camera and access control systems for businesses in the Butler County area, Camera Security Now has done business for government facilities, non-profit organizations, transportation companies and a variety of other businesses in Hamilton, both big and small. Some recent locations in Hamilton we’ve installed security systems include a city park, an asphalt facility, a public transportation center, a steel manufacturer, a dialysis center, and a collegiate-level baseball field. If you’re looking for a security system in Hamilton, Camera Security Now has over 30 years of experience installing surveillance and access control systems in the heavy industry, warehousing and distribution, education, local government, criminal justice, parks and recreation, retail, car dealerships, car washes, the aggregate or mining industry, and more. Get A Hamilton, Ohio Security Camera Quote 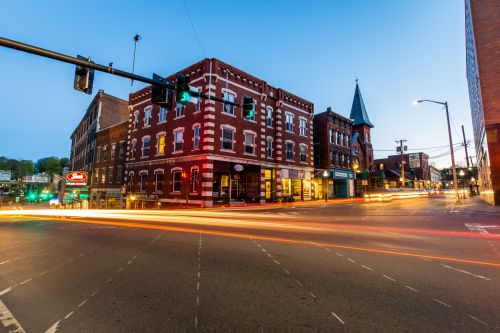 Security camera systems in schools are now critical to help protect the most valuable and cherished among us, our children. State of the art IP surveillance systems can be quickly deployed to protect Ohio educational facilities ranging from smaller day cares or elementary schools, to large high school and college campuses.

Professional grade video surveillance in residential environments is now possible with easy to install high resolution IP cameras at affordable prices never before imagined. Homeowners in Ohio looking for a serious security camera solution can count on our turnkey service for the complete sales, installation, and service experience.

Over 30 Years Of Experience in Hamilton, Ohio

Camera Security Now has a network of technicians who can service the Hamilton area and we value customer service above all else. We can provide an estimate for hardware after a brief consultation over the phone or email. For an installation estimate, we require a site visit. We happily include this for customers local to Hamilton! Many business owners choose to install their own systems, and we can provide any technical support necessary to get your system up and running to your satisfaction.

Our technicians are capable of handling your security system installation from start to finish if you need help with the setup, and after the installation is completed our equipment and installation are backed up with a warranty and our premium customer support.